The Delaware Water Gap National Recreation Area, which straddles New Jersey and Pennsylvania, is home to an abundance of outdoor recreational activities and wildlife. Activists with the Sierra Club want to make the 70,000-acre area a national park and preserve.

Legging out at 38 letters, “Delaware Water Gap National Recreation Area” does not exactly roll off the tongue.

Now, instead, imagine a moniker like “Delaware Water Gap National Park and Preserve.” Even though that name is longer – at 39 letters – it features the marquee words “national park.”

That’s a phrase that members of the public can wrap their heads around, as it readily calls to mind places like Grand Canyon, Yellowstone or Yosemite National Parks.

That kind of rebranding and profile-raising is part of a plan promoted by the New Jersey and Pennsylvania chapters of the Sierra Club to elevate the recreation area to a hybrid park/preserve and to triple its current size of 70,000 acres.

It’s not a new idea. Similar trial balloons were floated about a dozen years ago and again in 2014, but organizers say it’s a proposal whose time has come.

The recreation area, which was created in 1965 and straddles New Jersey and Pennsylvania, is host to an array of outdoor activities, including hunting, fishing, boating, hiking and cycling; and an abundance of waterfalls, wetlands and wildlife, including threatened species, reptiles, amphibians, deer and bears.

It spans all or parts of five counties, and includes a 40-mile section of the Middle Delaware National Scenic River and a 27-mile stretch of the Appalachian Trail.

“The cachet of a national park is gold for a local community,” the Delaware Water Gap National Recreation Area’s former superintendent, John Donahue, said in a webinar hosted by the Sierra Club chapters on June 30.

The recreation area has infused up to $150 million in visitor spending each year for the last decade, he said, adding, “Make it a national park, and you’ll start to see a whole new audience start to come and visit.”

Kashwick said upgrading the area to a park is a social equity issue and a way to make a national park accessible to underserved populations in New York City and Philadelphia, each of which are about 90 minutes from the recreation area.

“It’s the prestige factor. People will recognize it as more worthy of protection.” — John Kashwick, vice chairman of the New Jersey chapter of the Sierra Club

Donahue, who is working with the Sierra Club, noted that the vast majority of the country’s 63 national parks are in the West.

The Delaware Water Gap National Recreation Area is within a three-hour drive of 60 million people.

The plan would not make the entire area a national park but rather take a hybrid approach that would designate parts of it as a park and parts as preserve, which plan supporters say would ensure that hunting would be allowed to continue. (Hunting is allowed in some but not all units managed by the Park Service.)

The Sierra Club’s plans call for the recreation area to triple in size to more than 200,000 acres by connecting existing state preserve lands in New Jersey and Pennsylvania and unifying them under federal management. Some connecting private lands would be purchased as part of the upgraded designation.

Supporters of a park say Yellowstone draws about as many visitors as DWGNRA and that increased tourism could be matched with increased operating funds for staff and services.

“Make it a national park, and you’ll start to see a whole new audience start to come and visit.” – John Donahue, former superintendent of the recreation area

Infrastructure, such as bridges and roads, like the 20 miles of Route 209 maintained by the Park Service, are critical to local communities, Donahue said. The DWGNRA is one of eight Park Service units in the country that make up 60 percent of all of the agency’s infrastructure, but the other seven units get twice as much money in operating appropriations, he said.

But if the recreation area already draws more than 4 million visitors annually, ranking it as among the most visited Park Service units, why does it need a higher profile?

“It’s the prestige factor,” Kashwick said. “People will recognize it as more worthy of protection.”

This is not the first time the idea of elevating the recreation area to a park has been raised.

Kashwick said the New Jersey chapter of the Sierra Club pursued a similar plan about a dozen years ago, going so far as to secure funding from the national club to study the issue.

The plan ran into opposition over fears that hunting – a popular activity in the recreation area – would be curbed or banned. Similar concerns surfaced after Donahue penned a “Vision 2030” plan in 2014 that called for a park/preserve approach.

Kathleen Sandt, a spokeswoman for the recreation area, said “Vision 2030” was “an internal working document” and that “it was never an official park or NPS plan or strategy.”

As for the Sierra Club’s proposal, Sandt said: “Any changes in name or designation of a National Park Service unit, like Delaware Water Gap National Recreation Area, would require an act of Congress. The NPS does not comment on congressional affairs, including future or pending acts of Congress.”

The members of Congress whose districts include the recreation area did not respond to requests for comment, and representatives for the U.S. senators for New Jersey and for Pennsylvania could not be reached.

Donald Miles, the vice chairman of the Pennsylvania Chapter of the Sierra Club, said proponents “don’t view this project as political at all but as one involving grassroots community involvement and advocacy.”

Opposition then and now

How the new plan is received remains to be seen. Advocates expect it will be a process several years in the making.

Numerous hunting and sportsmen groups contacted by Delaware Currents for reaction to the proposal did not respond to requests for comment.

At least one municipal official, George B. Harper Jr., the mayor of Sandyston Township in New Jersey, expressed skepticism about the proposal.

He said public lands already make up more than 70 percent of the township and that the community’s restaurants, bars, delis, fruit stands, gas stations all benefit enormously from hunting.

“That hunting season – from the time they start with birds and small game – that economic impact is quite dramatic,” he said.

Harper said he did not believe feelings about a national park have softened since “Vision 2030” drew opposition from the township over concerns that hunting would be restricted or prohibited.

“Sandyston Township’s local businesses will suffer financially because these restrictions will force tourism to other States who offer these activities,” a 2015 township resolution reads in part.

Even though park supporters say those misgivings are misplaced, Harper was not reassured that hunting would be a protected activity under the new designation.

“It won’t be in any document that’s going to be enforceable by Sandyston Township,” he said. “What they claim today is something that will change tomorrow.” 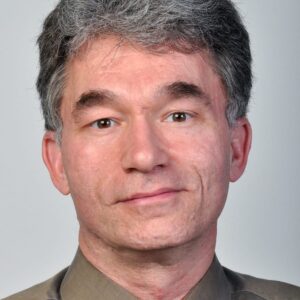 Chris Mele is a reporter and editor with more than 30 years of experience in news, specializing in investigative and enterprise reporting.

Where Are You in the Watershed? 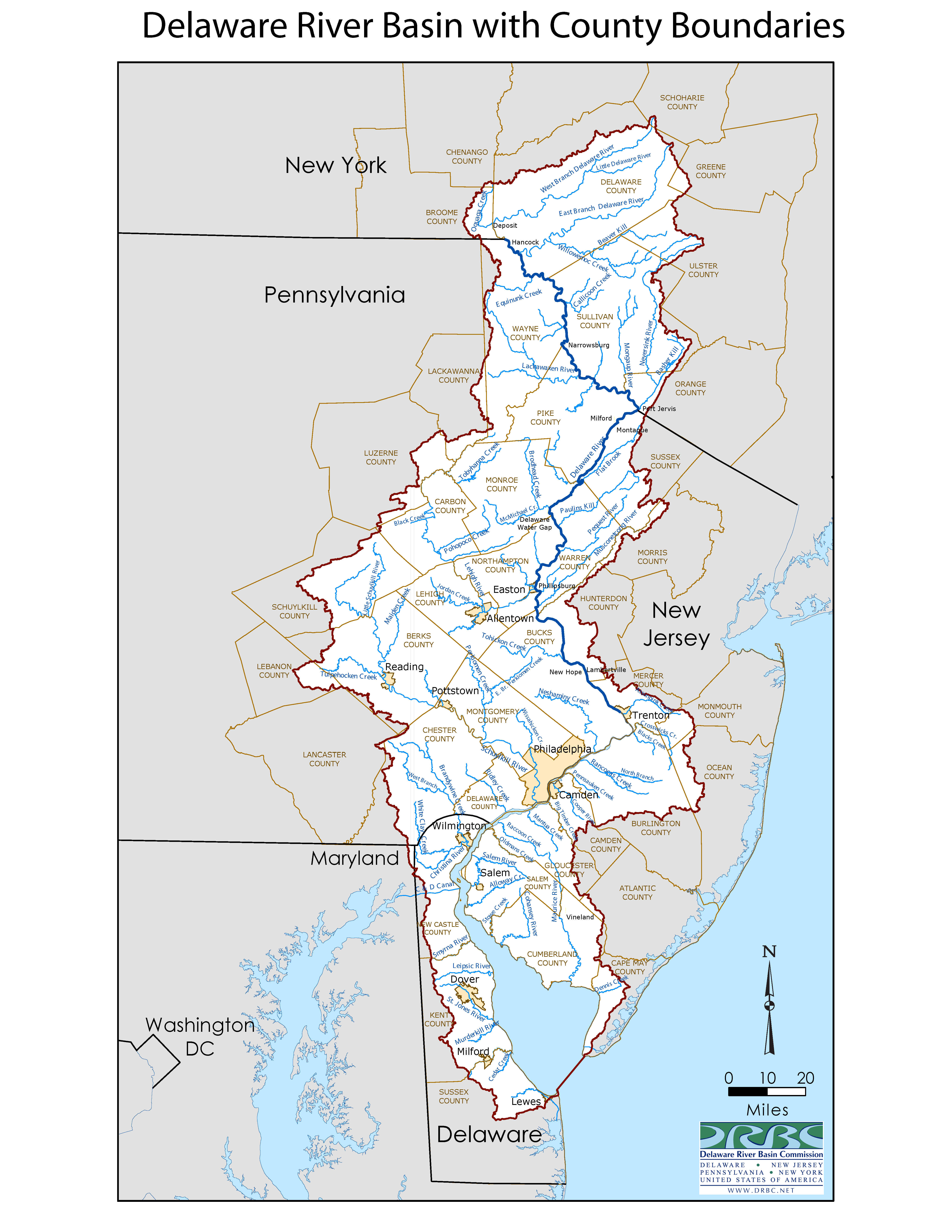 Welcome to Delaware Currents, the news magazine for the whole watershed. The Delaware River supplies drinking water for 15 million people, including New York City, Trenton, Philadelphia, Camden and Wilmington. The immense watershed for the Delaware stretches into the Catskills, up the Lehigh and the Schuykill, up the Rancocas to the Pinelands and across the marshes of Delaware. There are floods and droughts, and arguments aplenty about water quality, fracking, pipelines, dredging, endangered species and on and on. Delaware Currents hopes to encourage thoughtful discussion about how we take care of the river and the people who use it, even if we don't always agree. 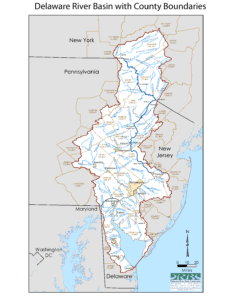 Click here for coverage about the quality of water in the nine Pennsylvania basins that are part of the Delaware River watershed.